After more than 25 years, aircraft are returning to Písek-Krašovice Airport in the Czech Republic. Located just over 100km from the state capital in Prague, since 1965 the airport was used by the army. Initially an Mi-1 and Mi-4 helicopter squadron were based there and later it was the base for the national air defence using the Tupolev Tu-143 unmanned aircraft. The army shut down the airport in 1995. Since March 1, 2019, Primoco UAV SE, a manufacturer of civilian and military unmanned aircraft, has owned and operated Písek-Krašovice airport which now functions for general civilian aviation, motorised gliders, and of course the takeoff and landing of Primoco’s own UAV 150 unmanned aircraft, developed and produced in the Czech Republic.

The private civilian airport of Písek-Krašovice, ICAO code LKPISK, is a general aviation airport with a 580 meters long 16/34 runway. 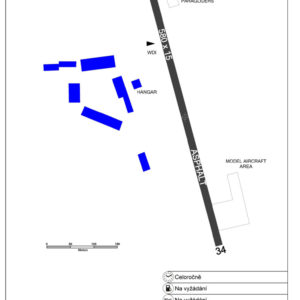